The Lost Art of Ancient Archery

You would ask, what is’s lost about it? Just recently you were watching the sports channel, and there you saw a whole bunch of guys shooting arrows at targets? Nope, not talking about the sport archery, what we will be looking at today is the reconstruction of the awesome art of warrior archers, lost after the invention of the gun powder.

Soo, how do we start? Like, what is an bow? Common, the U (or C) shaped weapon that shoots arrows and kills stuff. Lets get to the more interesting facts. The currently oldest know (and found) bow was found in the bogs of Holmegaard, Denmark, dating back to cca 7000 BC. Yup, Mesolithic, so a weapon over 9000 years old. As you can imagine, it’s also quite hard do preserve the WOODEN weapon, for more then a couple of years, so we would need an either extremely dry climate, or extremely humid climate to preserve anything organic. But since the bogs are quite humid and conservation-friendly (ask the ancient people still buried there, found sometimes almost intact) we found this beauty – an 154 cm long bow made from Elm wood, carved from a single branch. 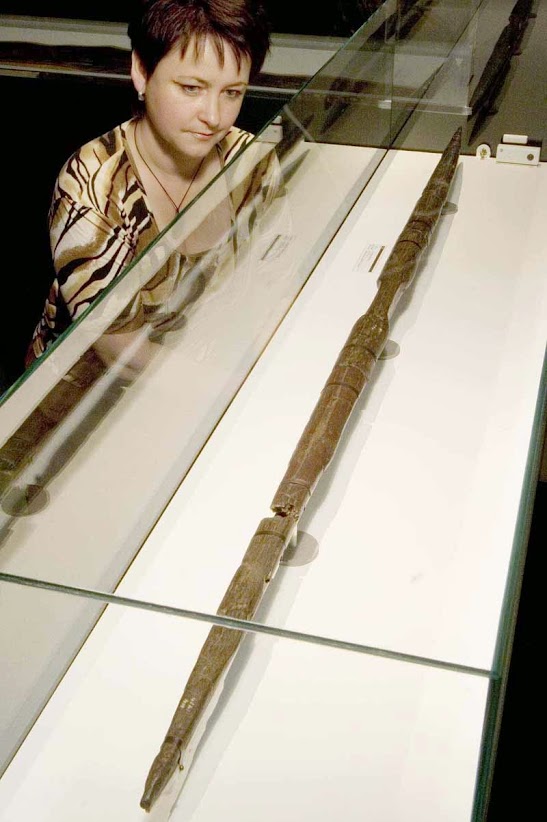 The oldest one from the Neolithic period? Spain, the locality of La Draga, near the lake of Banyoles, northeastern Catalonia. This one originated from 5400 – 5200 BC, and was a bit shorter than the Holmegaardian one, 108 cm. 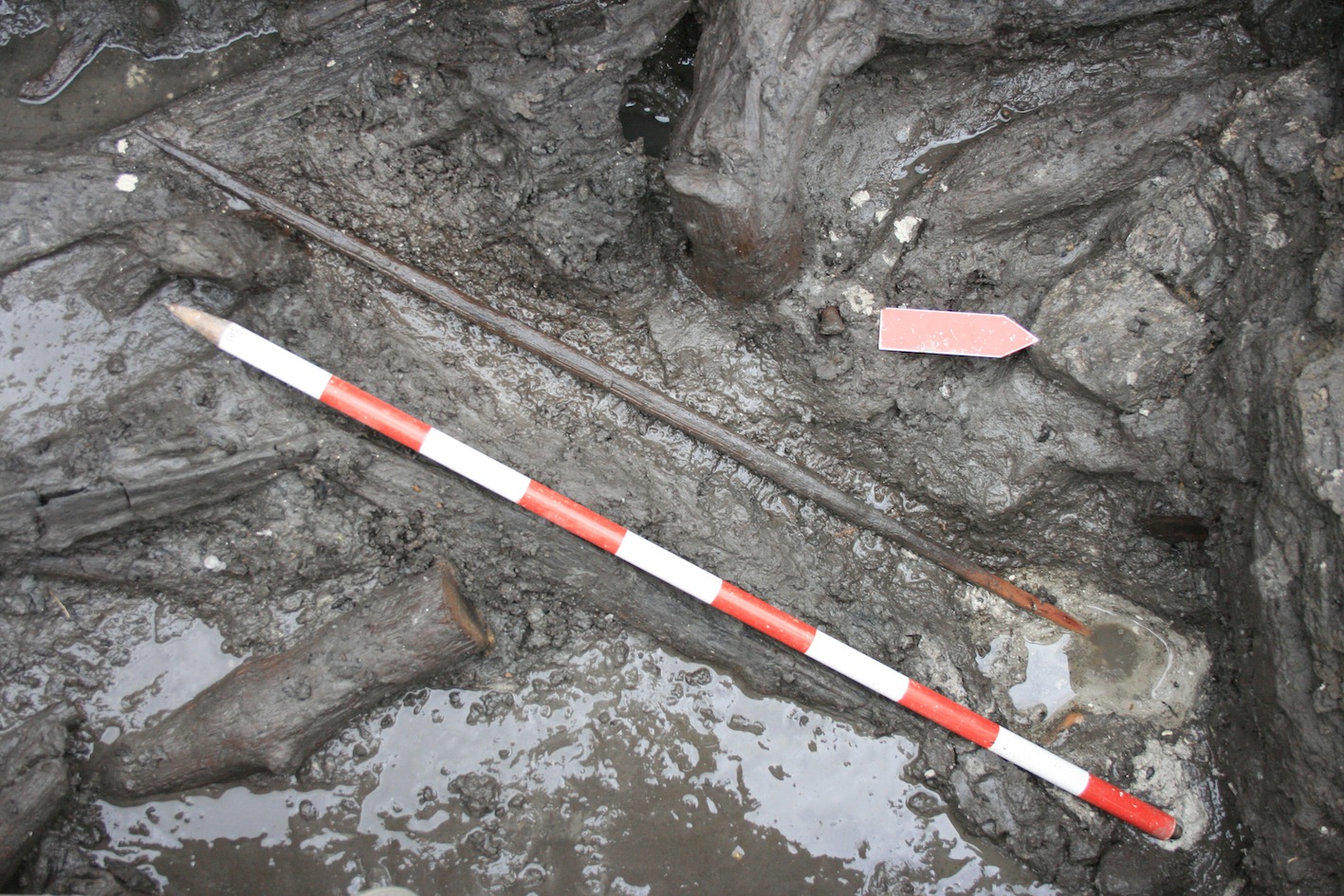 And since I’m convinced you love to hear more about the stone age bows, I’ll let you know, that Ötzi, the frozen mummy from the region between Austria and Italy (it’s actually called Ötzal Alps, he got his name from that mountain range) was also carrying an bow. A huge, 182 cm long bow made from yaw wood (and also fun fact, the string was never found), covered in blood, which has proved to act as a water repellent.

Also no older bows then those mentioned have been found yet, there is another evidence, that archery has a much older history then just mere 9000 years. Arrowhead finds are known already from the Paleolithic (for example the Shanxi Province in China), and thus some researchers presume, that for example archery in China could be up to 20000 years old. Based on the cave paintings, the practice could have been even older.

Those examples mentioned, would be something described as “primitive bows”, since they were made from a single material, mainly wood. Ok, we do have also steel bows, from India, from the 15. – 17. century, but those were also single-material weapons.
Basically we can split those into two big groups – the short bow, with a length up to 1.5, and the flight distance of the bow to 100 m, and the long bows, that could are from 1.5 – more then 2 meters long, and the arrow can hit a target 340 meters in the distance.

Then we have the composite bows, made from more then one material – mostly the body was wooden, and the arms were made of bones, or horns, glued together, covered in birch bark, and dried. I know, the process is a bit more complicated, but who of you will try to make an composite bow at home? Those who would, probably already know the procedure.
Among those bows we can find most of the well known archer-warrior societies of the past, so the Mongolian bow, Chinese bow, Korean Bow, Japanese Yumi, Indo-Persian bow, Hungarian bow, Hun bow, Scythian bow, Turkish bow, Inuit bow, Native North American Composite bow, and even the ancient Assyrian Triangular bow.

And then you have the modern bows, that I won’t mention, since…I don’t care:)

Lets take a short look at the shape of those weapons, since it was one attribute, that would influence the whole effectiveness of the whole “killing-from-a-distance” process.

But the one, we will talk a bit more, is the famous reflex bow. That’s the one that looks like an C, when it’s without the string. Since the curves of the arms put a lot more stress on the bow, the final power is equal, or greater to that of the longbow, even through it’s much smaller in size. The downsize was, that they are really hard to string, and have to be created by the best materials found…by the best workman in the neighborhood. There were used as the main armament by the Mongols, and we all know that they were pretty successful in their conquering.
Oh, do you know why they were used by the Mongols? Because they hated the smell of corpses, and hated to look at blood, so the most efficient way to kill somebody and not look at him was from a great distance.
And one more reference. Do you remember the story from Homer’s Oddysey, where Oddyseus returns, masked as an old man, back home, and enters the competition to string his own bow? Where no one is able to accomplish it, and he makes it happen “without even standing”? Well guess what, the reflex bow, is best suited for stringing from the sitting position of the bowman. Let me tell you now a bit about ancient archery. Something as we know from the movies – so standing in one row, getting the arrow ready, then shooting and repeating till the enemy is too near to use the bow was not so common in the warrior archer societies. The bowman had to shoot fast, often at short distances, and from a vast variety of position, be it during horse riding, falling, running or jumping.

The speed of the shooting is an chapter of its own. For example, there is an rumor, that among the Scythian warriors, the archers were supposed to shoot 3 arrows in 1.5 seconds.
Similar speed was also required in other nations, like the Sarmats, the Mongols, the Huns, or the Seljuks.

What we know as archery today is mostly a sport, that doesn’t require speed, or the advanced handling of the bow, since the archer stands in one place a shoots at a stationary target. Most of the ancient knowledge of archery has been lost. BUT, there are guys like Lars Andersen, who just don’t want to let the skills of the old die, and does things his own way.

Who you ask? An danish artist, and archer who is slowly perfecting something that was common a long time ago. Btw, see the connection? A dude from Denmark, and the oldest bow was also found in Denmark….just a funny coincidence.
So this guy, obsessed with arrow shooting was trying to find out, how could the bow be handled previously, and found out some interesting facts.
First, to shoot a lot of arrows really fast, you can forget your fancy quiver, and you have to hold the arrows either in your bow hand, or even better, in your shooting hand.
Second, don’t pull the bow all the way back, find the best balance between the distance, and the power you need. Let’s say you want to shoot a guy standing right in front of you. You don’t need the whole power of the bow, since nailing him to the opposite wall 50 meters away would surely look cool, but no need to do that.
Third, place the arrow on the right, not the left side of the bow. It feels more natural, and is much faster, since you don’t have to go around the whole bow with the arrow.
Fourth, learn to handle the bow with both hands, in any conditions. You and your barbarian hordes want to plunder and murder in large scale, so you will have “both hands full”…get it? Both hands:)
Fifth, practice as hell. The danish guy is awesome, but it’s the level of skill he didn’t acquire in just one day. It takes years of practice. But since I’m sure you all have all the time you need, nothing to worry about.

Here is a video of him showing some of his skills.

As you can see, through the study of the ancient manuscripts, he has managed to do some impressive stuff. You thought that shooting and arrow through another arrow Robin Hood style was the biggest challenge? Think again, and try to shoot an arrow through another arrow, THAT HAS BEEN SHOT AT YOU. That’s right, not just shooting down the enemies arrows as they fly towards you, but shoot straight through them. And yes, he does something like that in the video.

Also catching arrows by hand and firing them back at the opponent. I probably don’t need to tell you, that you shouldn’t….or you know what? Forget it, no warnings, if anyone gets injured by CATCHING FIRED ARROWS, since he didn’t know what he was doing, he deserves to be injured, let’s call it natural selection. So go ahead and try it all you like. It looks easy, am I right, and hey, if anything goes wrong, you will have great stories to tell by the dinner. Fell from a bike? Pff, old and boring, YOU got that hole in your palm by almost catching an pointed object, flying towards you with like 50km/h, that is something worth mentioning:)

And here is also another video for inspiration:

via Laughing Squid strele, stuff all across the internet

In The Things Lost Past